On a 10 day stint at a friend’s vacant Hollywood bungalow, in the nostalgic glow for a golden time, he was hoping to crack open a batch of songs he’d been carrying around a while. Just down the street was the apartment where he had lived over a decade ago, writing what would become his first record, in a period that he recalls a creative flood. But there were troubling changes now, difficult to ignore. Homeless encampments littered the sidewalks where before there were none, and the mood in the air was strained. The cocoon of his nostalgia was fracturing.

And with that his reluctance to reminisce, as memories flood his 5th LP, finding the songwriter traveling through time to recall the near-death experience of his youth & a hotel suite bender before he would come to meet his wife. Varied are these experiences as were the backdrops of his writing. A hazy stay in a stream-side Catskill cottage after the California trip, months at home in Brooklyn, with protests and riots consuming the city, and a nightly firework occupation of the neighborhood that lasted months. Explosions, lockdowns, electricity, anger & angst. Finally, a summer of isolation in the forest, and the news that he would become a father

The songs on Antelope Running paint the portrait of a man consumed with compassion, looking back. His acceptance and longing are interwoven, yielding a depth of writing that is not only more significant than any of his past efforts, but also more clear. 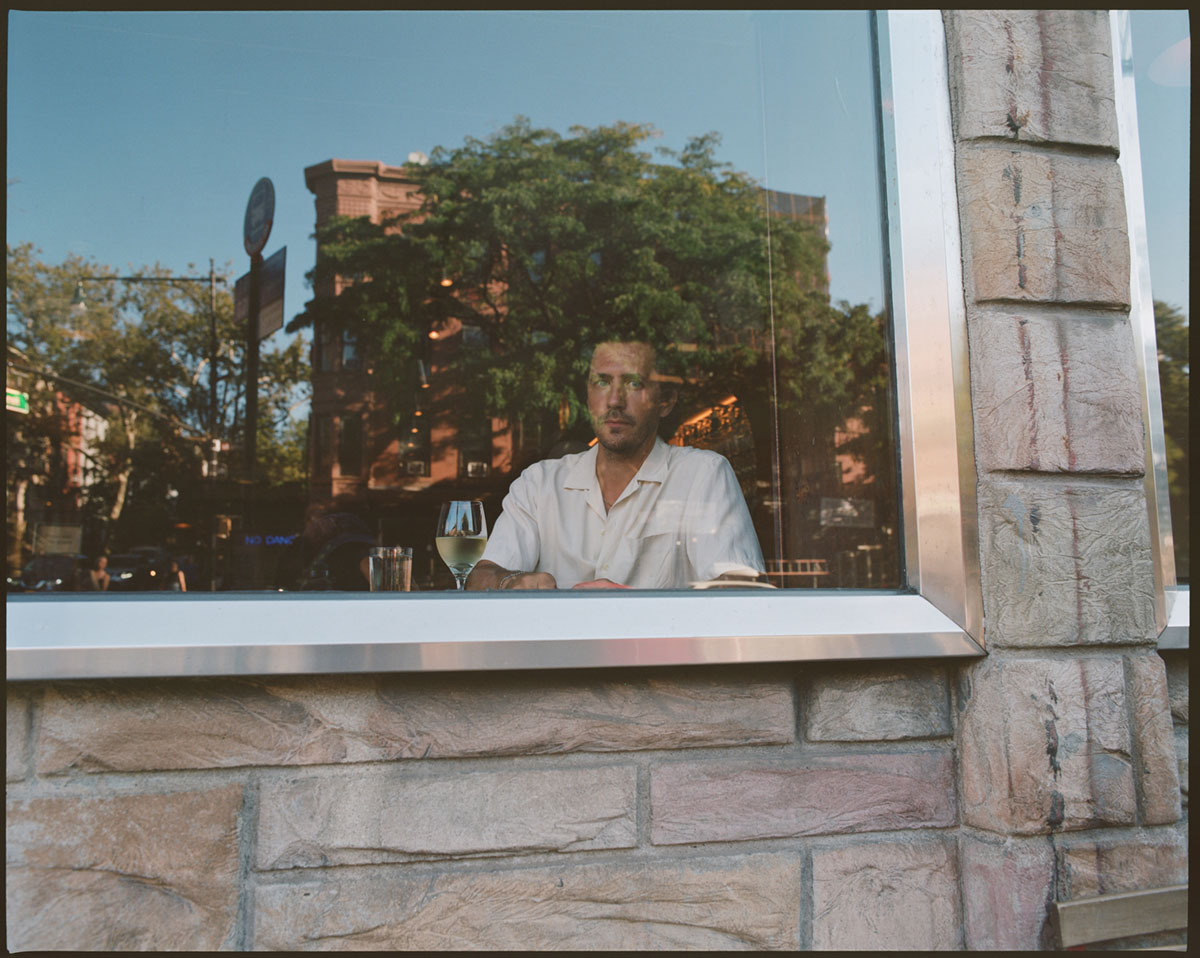 The best example of this appears in the album’s title track, the meandering 7:45min masterpiece Antelope Running, which reads as a road letter to a loved one, recalling songs from Joni Mitchell’s travelogue, Hejira. It begins with Marchant recounting banal details of a morning run in Texas and ends in metaphysical revelation, with Antelope running alongside his car on a sunset drive through Wyoming. He talks of death and dying, of the will to keep it at bay: “I hope the night won’t fall too soon on you / I wish the same, that the night don’t come too soon for me”, and of regret: “I should call you up and share these silly stories, like I never do”. These heavy themes are interspersed with comedy to save it all all from getting self-serious, in a balancing act so skillfully executed that it recalls the master works of Leonard Cohen or Bob Dylan.

The same agility is shown in balancing sentiments of love with biting critique, in the many verses long Century, which recounts the glorious day of a monumental life event before progressing to address urgent social issues:

“I saw you scowling in the corner so I came on by / And again it would be your night to starve or feed / I said, I know you’ve been having it hard but I was hoping that for just tonight/ You could feel happy for me / All I wanted was this bright day alive without your sentiment dragging me down to your place / Wishful thinking”

D. James Goodwin (Bob Weir, Kevin Morby, Bonny Light Horseman) returns to co-produce the album with Marchant (this, their 3rd collaboration), while also performing occasional musical parts. The two create a landscape so varied that it is often difficult to determine what genre they are working in. There are passages that sound like Mingus (Antelope Running), others that harken Joy Division (Far Away / Heartache), or On the Beach era Neil Young (Hatchet of Destiny). Most perplexing about this sonic collage, is in fact how congruent it is. The songs don’t feel out of place next to one another, and the attentive listener is richly rewarded by diving deeper, while a casual one can be contented to play the album quietly in the background.

It forms a blanket of warmth and intrigue, familiar, with unexpected turns and changes, at times reminiscent of Scott Walker’s, Scott 3 & 4. With respect to the same reference, Marchant’s baritone is deep and and clear, mixed loud as he allows himself a greater vocal range and freedom than ever before. From a low croon to falsetto, he freely dances notes through lines or passages. Clarinet arrangements by Stuart Bogie (Arcade Fire, Antibalas, Fela!) occasionally overtake moments of songs in a manner so beautiful and arresting that it is difficult not to pause in surrender and listen.

Pianos and Marchant’s signature arpeggiating electric guitar structures form the root of many of the songs, along with classical and acoustic guitar. Also prominent is Marchant’s heavy use of his Sequential Circuits Prophet synthesizer which forms the basis for An Accident (from 3 perspectives), an urgent pop song that stands alongside Don Henley’s Boys of Summer as its brooding and more menacing sibling. The monolithic closer, The Stream Rushes On, also features the synth exclusively, along with delayed programmed drums and Jesse’s vocal, as it patiently unfurls into its subtle, yet grand ascension. It is a love song that will no-doubt capture the hearts of teenagers from the ’90s, as it recalls high school slow-dance ballads of that era. Nothing Compares 2 U or Everybody Hurts.

With that sentiment that Marchant ends the record, leaving the listener in the embrace of its nostalgia, rich and filled, as on finds oneself after a long day at the beach on a well-earned holiday. Sunburnt, relaxed, and looking back one’s past with affection.